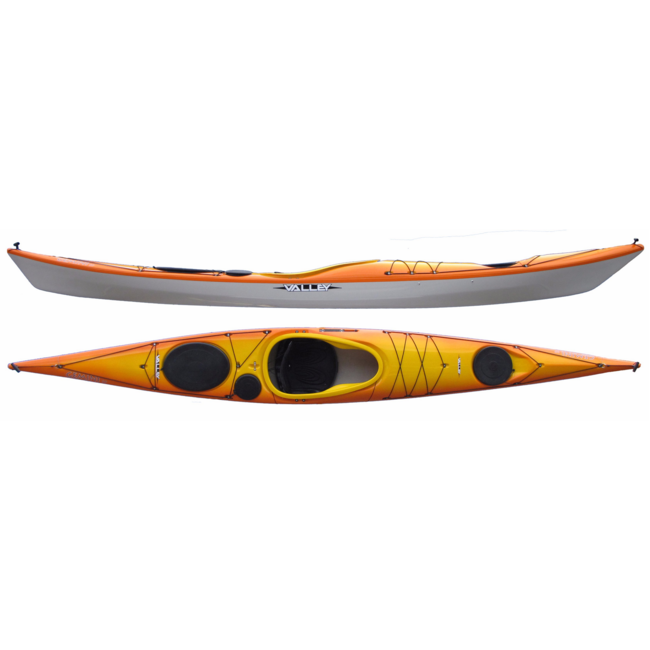 Which Twin is Right for You?

Summary – Our shortest sea-kayak model (14’10”/452cm) and offered in two version; The SP (sports play) which combines increased rocker and more bow volume to make this our best rock-hopping/surf/rough water kayak. And the ST (sports touring), With the design tuned the opposite way, to improve speed on less challenging water (as fast as many 16’ kayaks), it also uses the advantage of its reduced weight to make it easier to manage both on and off the water.
Background – Before developing the Gemini’s, we wanted to understand, what people were looking for when considering shorter kayaks. What we discovered were two clear groups of people. Firstly, those who didn’t really want to lose long boat performance on the water but who were really hoping that a shorter kayak might be significantly lighter and easier manage, especially off the water. Secondly, at the other extreme, there were those who believed sacrifice some length would actually make the kayak more fun in surf-zones, tideraces and for rock-hopping; basically when “playing the sea”, a descriptive phrase that probably says it all! Unfortunately, focus on one and you invariably compromise the other because for these two groups, there is no perfect all-rounder! Our response: ‘Project Gemini’, the twins! Imagine starting with a strong foundation by creating a base core DNA, a mid-point design that could then be tuned in one direction to create the perfect touring model and in the other to create a play version. Couple this unique design approach with cutting-edge infused composite constructions and you suddenly have the most exciting development to hit sea-kayaking in recent years.
Design – Both the SP & ST, effectively share the same mid-section and thus benefit form a consistent cockpit fit and the initial stability, created by the shallow ‘V’ hull. From this point, it’s easier to imagine how a “Jack-of-All-Trades”, mid-way design would have been and talk about how each improves on that compromise.
Thus, if we had simply done that Jack of All Trade 14 footer, you would be able to clearly notice that the bow of the SP is wider and has significantly more volume, to prevent pearling whilst surfing, yet the ST’s front is narrower, with a finer bow entry, to increase speed in more placid conditions. Rocker also benefits from these subtle difference, the SP has more, to increase maneuverability and the ST, less to promote tracking and maximize waterline length. Even the flair from the hull’s chine area to the seam-line differs, The SP having slightly more, increasing secondary stability and overall width, The ST’s sides are more vertical, giving a slightly narrower water-line, again helping to increase hull speed.
Couple this unique design approach with cutting-edge infused composite constructions and you suddenly have the most exciting development to hit sea-kayaking in recent years.
In short, if you do most of your paddling, in relatively placid conditions and want the benefit of a light, easy to transport kayak, that has the same on-water speed as many 16+ foot kayaks, choose the ST. Alternatively, if you want your shorter kayak, to be fun in the rough, or maneuverable around rocky coves and headlands, choose the SP. Basically, do you primarily tour or primarily play!
Conclusion - .Of course you can still play in the touring version and tour in the play because they share the same core DNA. So yes, there is still some overlap, but the further you get to the ends of that intended user-spectrum, the more you’ll benefit from choosing the “specialist” and the more you’ll enjoy your paddling, knowing you are in the ‘right’ kayak.